In 2005 it was estimated that there are over 10 million Americans who are hard of hearing, and over a million who are deaf.

It doesn't matter where you are in the world, the numbers are going to be around the same – up to 1 in 20 will have hearing difficulties.

Over the last decade I've worked on a number of projects which have involved delivering video to the web – ranging from phone camera surf reports, to 24/7 broadcasts of housemates through to online movie delivery platforms, major sporting events and even supporting a NASA educational site.

In all but one of those cases catering for the hard of hearing wasn't an option. Either there was no budget, no resource or no-one was willing to acknowledge there was a problem that needed solving along the way.

A huge amount of effort went into designing the video playback experience. Beautiful design, hours agonizing over every pixel of the on-screen controls, optimizing the viewer area for performance and integration with the overall design.

Then came the complaints, and in some cases reminders of the legal requirements. In a panic designs were tweaked and somehow captions were shoe-horned into the experience and no-one was especially happy.

If the design had been approached from the perspective of Edge Case Design then time and money would not have been wasted on creating a panicked compromise. Ideally that design would not just to support the deaf users, but to ensure design cues were appropriate for the colorblind users and controls were accessible for those with impaired motor skills via keyboard accelerators and other control mechanisms. 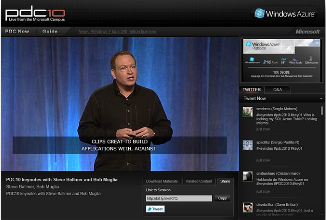 As it turns out there are a large number of people who are not hearing impaired yet make extensive use of sub-titles and captions to increase their enjoyment of video content online. Watching movies when the kids are asleep; helping someone who maybe isn't watching their native language keep up with dialogue; watching TV while your partner is on the phone; watching a video in a crowded coffee-shop or bar; watching when you don't have headphones and don't want to disturb others, say in a library. There are many scenarios where designs which treat captions as a first class experience are better able to engage and retain their users.

To close with a reference back to the church in the title: The Lutheran Church – Missouri Synod discovered that over 90% of the hearing impaired did not attend any form of Church. They realized that they needed to design services for those Edge Case scenarios and now provide a range of materials – both online and for Pastors to utilize – that make prayer more accessible.

No matter what your beliefs you have to respect that commitment to Edge Case Design.