A while ago I put together a simple proof of concept to use an Embrava Blynclight to flash various colors to let people know their conference room booking was coming to an end (it ran off a PC as a NodeJS app, and connected to the Office365 graph to see when the room booking was ending… it would use color and flashing to signal when it was time to start packing up, and when you needed to clear out. Source isn’t currently shared, but contact me via the comments if you’re interested).

I’d tweaked the light control source a little and made it more general purpose and shared the project in case it was useful, but not done much else with it until recently.

I’ve been helping out on a local TV show, and we needed a way to communicate with the hosts while recording was going on - and a simple blinking light next to the monitor turned out to be a simple and easy solution… once I put the pieces together!

To make it work, and keep it self-contained and standalone (we needed to be able to control it from the Control Room, but didn’t want to run cables for it) I needed to get a light I could easily control over wifi - as luck would have it, I have my Blynclight Mini and a Raspberry Pi B+ (which has built-in Wifi), so it was just a case of connecting them together.

First of all, I had to get the Blynclight working with the RPi B+. While Node already works well on the device, getting the HID libraries working took a little bit more effort (but luckily other people had already worked out how). Once I could control the Blynclight form the RPi, I added a simple web page to let me choose a color and blink speed (still using Node), and was able to use my phone or iPad to adjust the lights.

The initial version however did still rely on both the iPad and the RPi both being on the same wifi network, which was going to be a problem in the studio because of how the network was locked down. Luckily, you can configure the RPi to act as it’s own hotspot, so I followed these instructions, and was able to get a standalone wifi network that I could log the iPad onto and control the light.

One last thing was to check that we could run the RPi off a battery pack, as there wasn’t easy power availability near where we wanted the light - I was delighted to find that it ran happily off the battery I carry to top up my phone, and connected to the 1a output comfortably lasted long enough to record 2 episodes (though in future I might try and find a bigger battery pack, or make sure I recharge it between episodes, as after shooting two back to back it was down to the last bar on the battery pack!)

And what does this Frankensteins’ Monster of a creation look like you ask? Wonder no more… 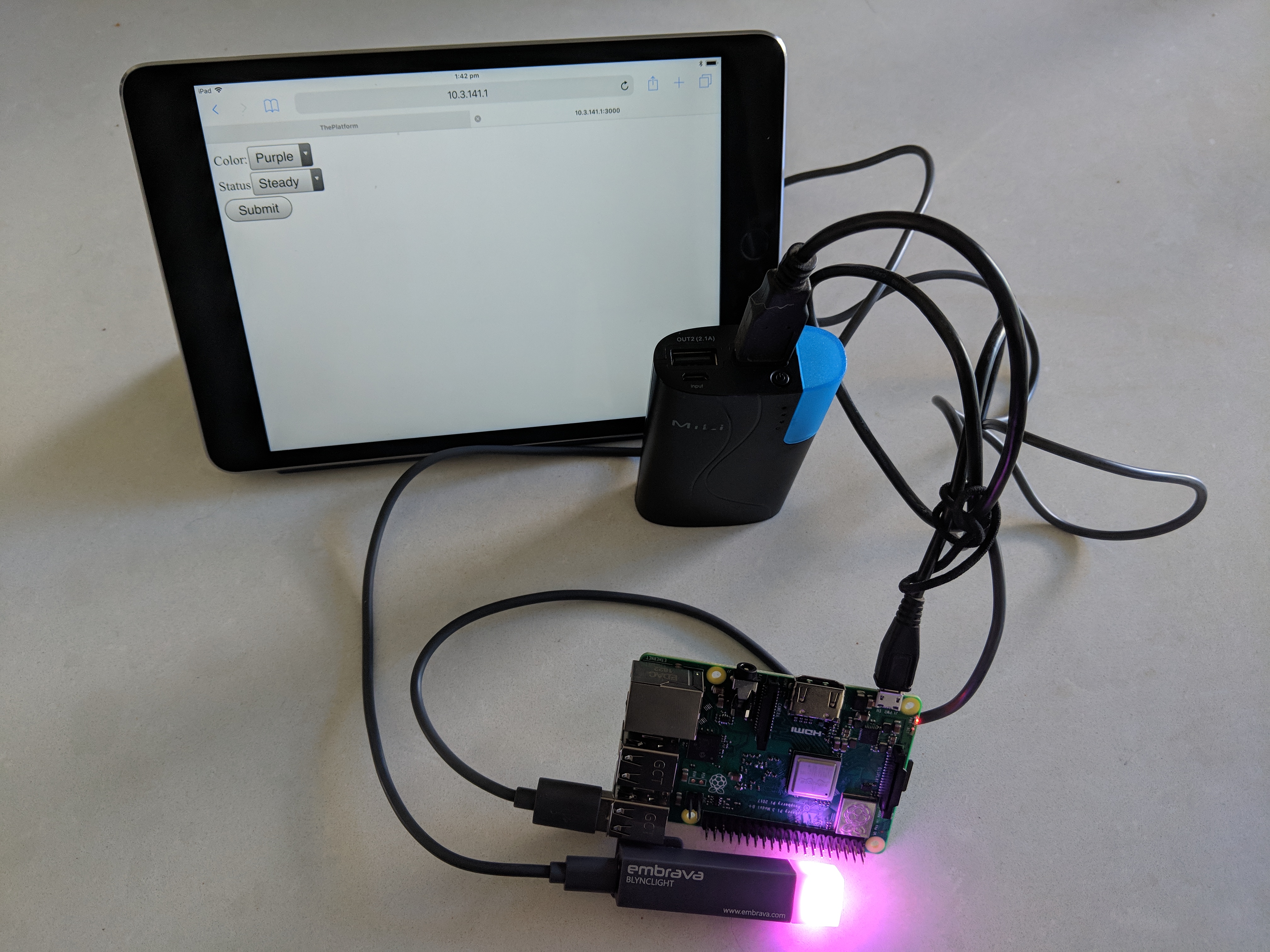